The Founding of IAPS 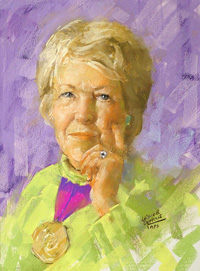 Pastel portrait by Leslie B. DeMille
It was a warm summer evening in the year of 1994, when the sky was filled with shining stars, my husband Bob and I were enjoying the beauty of nature as we sat on the deck of our Lazy UB Ranch, it happened. My pastel art dream came to the surface through pure frustration after having so many walls come between my art and the ability to show the world the true value and beauty of the luminous medium of pastel. When I made the statement that evening how I was so very upset about how pastel was being treated like a redheaded stepchild, I was not surprised when Bob gently took my chin, turned my face to his, and said, "Then do something about it!" My Irish heritage came into play when I replied, "Okay, I Will!"

Little did I know then, those words were the beginning of a long journey that changed the history of pastel, and my life, forever.

The excitement rose, I could not write as fast as the ideas were flying from both of our minds. Forming a tangible group to carry the message of pastel to the hinterlands of the world meant we would first have to be official. We brainstormed initial thoughts about a name that would encompass this dream for pastel. It had to be a simple name, one that would roll off of the tongue easily and easy to remember. Second it had to have a group connotation that would grow with the dream. With Bob's background in marketing and mine with the art world, we went about our dream with passion and perseverance, making sure that each step would create the solid foundation that was needed for longevity.

Original IAPS Logo
It didn't take more than a moment for the name to take form, which we considered was a good omen: International Association of Pastel Societies. IAPS! It sounded good! Looked good! Felt good! So be it! IAPS was born.

Our next steps were laid out systematically. Understanding the world of business, we started with friends. That was the time I realized our good fortune, and the meaning of why all of these talented and sharing people had come into our lives. It was for this very purpose of creating the strong foundation needed for IAPS to stand upon.

The following day, my first telephone call was to my good friend Milton E. Meyer, Artist Extraordinaire and Lawyer. He was most excited about this new adventure and promptly offered his services to write our In-corporation Papers. He also offered to serve as Secretary and serve on the first IAPS working board.

My second telephone call was to my dear friend Flora B. Giffuni, the Founder and first President of the Pastel Society of America. She was thrilled with the idea and invited us to host a meeting sharing our idea to all interested artists that would be gathering for the 1994 PSA Exhibition at the National Arts Club, New York. Bob, Milton and I proceeded to make it all official to a packed room filled with interested pastel artists firing questions right and left. Apparently we gave the right answers as we left with the support of most who attended the meeting.

In that meeting was a couple from California whom I had met on several occasions at various art associations, Pat and Bob Suggs. I approached them in the NAC Gallery and invited Pat to serve as our Treasurer for IAPS. Bob suggested she take time to think about it and let us know. Within the hour, they sought us out and gave their resounding "Yes!" Milton, Pat and Bob Suggs, were the ones who responded first verifying the future of IAPS. Our dream ship was ready to sail.

Next came the hunt for the perfect location for our first biennial convention. After much sleuthing the perfect location and venue was found. Denver, CO was chosen because of its central location in the United States, allowing artists a reasonably convenient location to drive or fly into. Because it did not have the overall high cost of many other locations in the country was a great incentive. It was also a haven for artists and had many professional and nationally known galleries. A contract was signed with the Cherry Creek Inn, which included all of their 100 rooms and their conference rooms which would house the vendors which we were positive would come to present their wares directly to the artists that used their products. This proved to be a win - win situation for both vendors and artists. It gave the artists the chance to talk directly to the vendors sharing their needs for new colors and products. This also gave the vendors the opportunity to expand on their inventory and new products knowing they now had a large positive clientele to sell and interact with on a one-on-one basis gaining insight on their special needs.

I found that I was in need of a right hand person to help with the hotel reservations. I had just met Susan Webster a few weeks earlier and I was impressed with her strong business work ethic and could readily see her soft English accent would enthrall everyone. Susan later wrote in my book "Dare To Dream" about this period in our lives. Her words: "This woman is crazy if she thinks she can fill 100 rooms with artists! but of course I said I would be glad to do it, and guess what...the 100 rooms filled quickly and I had to find more space in nearby hotels. Thus the IAPS Convention was born!" IAPS, and the attending artists are indeed happy that Susan is still with us. Her dedication to IAPS and the cause of pastel has been one of the pillars of IAPS from the beginning to the present.

I was hoping to give as much to the attending artists as possible and had hopes of having a special inaugural exhibition in celebration of this grand event. Time to call on another friend, Carole Katchen, who walked with me into the Sax Gallery in Denver, one of the oldest and most professional galleries in the nation. Carole introduced me and we shared the dream of IAPS. In only a few minutes, the gallery extended the invitation to host the first IAPS Convention. 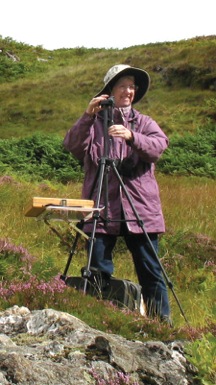 Maggie Price (1947-2013), who served as the President of IAPS from 2009 to 2013, was an enthusiastic supporter of pastel who touched the lives of thousands through her painting, teaching and writing.

Although she loved art her entire life, Maggie didn't begin formal study until her 30s, when she studied fine art at The University of Missouri, Kansas City. It was artist Deborah Secor who first introduced Maggie to pastels, and she took to them immediately. She continued to study the medium under painters Albert Handell, Elizabeth Mowry and Eric Michaels, among others. Maggie credited Michaels with inspiring her to paint outdoors, which - according to the artist - changed her art enormously.

In 1998, frustrated by a lack of resources for pastelists, Maggie and fellow artist Janie Hutchinson conceived the idea for The Pastel Journal, a magazine to be devoted exclusively to pastel. They published the first issue the following spring. Maggie would serve as the magazine's Editor-in-Chief until 2003, when she and Janie decided to sell the magazine in order to devote more time to their own painting.

Maggie strongly believed that anybody who wanted to learn to paint could learn. Her husband and painting partner, Bill Canright, put it this way: "Her desire was to share things of beauty and to show others how to do the same." In a sense, everything Maggie did furthered this educational mission. As a workshop teacher, she offered painting instruction to students across the United States and around the world - in Scotland, England, Spain, Italy, Greece and Australia.

She continued to contribute instructional articles to The Pastel Journal magazine as a contributing writer and columnist, and went on to publish three instructional art books with North Light Books: Painting With Pastels, Painting Sunlight & Shadows With Pastels, and Creative Freedom. Maggie was a great supporter of IAPS and served in several key leadership roles, beginning in 2005 when she was appointed to its Board of Directors. In 2007, she served as Vice President, and then she became President of IAPS in 2009, a position she held until her death in 2013.

Although her life was cut tragically short by cancer, Maggie left behind an important pastel legacy. Not only do we have her body of work, but we also have a thriving and empowered community of pastel artists, and Maggie's championing of the medium was certainly a big part of that.

For more information about Maggie and her artwork, visit www.maggiepriceart.com.

The First IAPS Executive Committee and Board of Directors:

Through 2009, competitions were held prior to each convention and the winning work of art
was featured on the cover of the souvenir convention program. 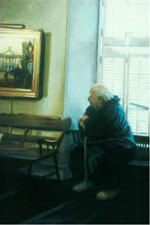 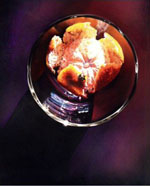 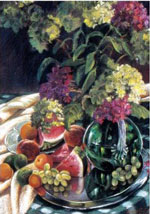 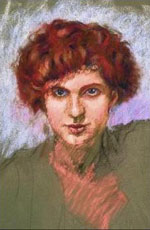 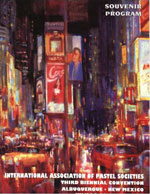 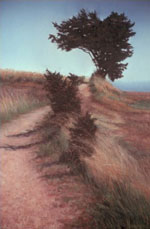